Facing up to Existential Crisis 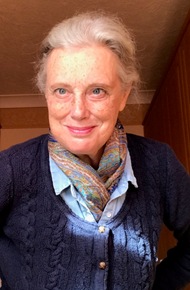 The lockdown has affected us deeply. While it may initially seem a relief to many of us to be able to stay home for a while, ultimately it will signify deprivation and hardship to most of us, as our entire lives are on hold and in jeopardy. We are learning to make do and mend again. We are missing out on many events we looked forward to and we begin to realize how quickly everything can turn bad in a crisis. We are cut off from family members we care about and cannot visit any longer and we are having to find new ways of communicating. For some people the crisis has already become a catastrophe, as they have lost their jobs, or even their loved ones.

Existential therapists come into their own at a time of calamity when everything is turned upside down and change and loss abound (Deurzen and Arnold-Baker, 2018). They are used to dealing with moments like these, when everything is suddenly in question and we realize that nothing will ever be the same again. They know that people have an inner capacity for transformation and resilience that is quite astounding. Camus’ famous phrase in that suddenly so topical novel ‘The Plague’ (Camus, 1947), is very apt: “In the midst of winter, I found there was, within me, an invincible summer.” We know that no matter how hard the world and nature push against us, there is “within me, something stronger – something better, pushing right back”. We speak of the possibility of finding the existential courage to seek new meaning, not despite but because of the fact that we suffer the loss of so many things, we used to take for granted. Paul Tillich insightfully spoke of courage as the ‘affirmation of being in spite of the threat of non-being’ (Tillich, 1952). He described self-affirmation as the act of an individual in participating in the world. Since our participation in the world is now much restricted, it will be vital for us to find creative ways of connecting, for it is essential for our mental health that we continue to be capable of contributing something of value to the world.

Perhaps it was Karl Jaspers who was the most outspoken about such experiences of disaster and difficulty. He affirmed that these kinds of limit situations that push us to rediscover ourselves and to realize what truly matters to us, are the only way in which we finally find and become ourselves. We need suffering and defeat in order to come to our senses. When we are confronted with death, guilt, suffering, struggle and chance, we learn to engage and communicate in a much more real way. Experiencing such challenging circumstances, we learn how to be true in the loving struggle of life (Jaspers, 1951).

In order to find fresh strength and courage, we can do no better than to turn to Nietzsche, who is probably the best-known existential philosopher when it comes to asking us to get ready to pick up the gauntlet that fate has thrown at us. He challenges us to overcome not just our predicament, but ourselves. He admonishes us to allow ourselves to be deeply touched and transformed by our trials and tribulations. In his book ‘Thus Spake Zarathustra’ (1883) he said:

‘But there is something in me that I call courage: it has always destroyed every discouragement in me. -- For courage is the best destroyer- courage that attacks: for in every attack there is a triumphant shout.’ (Nietzsche, 1883: 177).

« Back to Existential Wisdom for Extraordinary Times